The ancient mystical symbol of uroborus is transformed into a jewel to bring you good luck and prosperity! For you or as a gift, it is a definitely a unique way for the new year to begin. Sterling silver 925, gold plated snake head

The Ouroboros or uroborus is an ancient symbol that depicts a serpent eating its own tail. Initially found in ancient Egyptian illustrations, it has been widely used in the Greek magical tradition, known as Gnosticism and Hermeticism. It is also encountered among alchemist symbols and its name comes from Greek uroborus, meaning “the one that eats their tail”.

This beautiful, mysterious pendant necklace by Out of M.E depicts this very prime symbol that has been linked with the continuous flow of time and eternity and is a one-of-a-king lucky charm. Removing the “worn” skin and the appearance of a new one, symbolizes the regeneration and creative impetus of a new start.

Handcrafted jewel, designed by Michals Efstathiou (Out Of M.E). The main material is silver, and all the jewels that are designed, have intense references to architectural, traditional patterns and nature.

Tip/
An idea for a special gift. Click “Add product” and send it directly to your beloved ones, though our e-shop!

Handcrafted jewel, designed by Michals Efstathiou (Out Of M.E). The main material is silver, and all the jewels that are designed, have intense references to architectural, traditional patterns and nature. 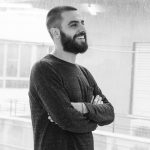