Menu
View cart “Ceramic Boat Light _ The Little Boat” has been added to your cart.

The Cycladic head, is turned into a ceramic bottle cork by Christos Vlioras

A handmade ceramic white bottle cork, inspired by the marble heads of the Cycladic “idols” or “figurines”. The ancient Cycladic culture that flourished in the islands of the Aegean sea from c. 3300 to 1100 BCE, and which in their majority portray highly stylized representations of the female human form. Most writers who have considered these artifacts from an anthropological or psychological viewpoint have assumed that they are representative of a Great Goddess of nature, even though this interpretation is not generally agreed on by archeologists.

Various interpreteation have been given such as as idols of the gods, images of death, children’s dolls, and other things. What the archeological evidence does suggest is that these images were regularly used in funerary practice: they have all been found in graves. Yet at least some of them show clear signs of having been repaired, implying that they were objects valued by the deceased during life and were not made specifically for burial.

Vliora’s forms are characterized by the strict lines of industrial design, combined with the plain lines of primitive ceramics. All of his objects are purely utilitarian objects ideal for everyday use and are created in such a way that a unique and non-repetitive result is achieved. Simple and yet so beautiful design.

Information / All ceramics are from earthenware clay fired at 1020c with mat glaze. Dishwasher proof and suitable for domestic use. Designed and created in Greece.

Tip/ No tips needed, it is an exceptional item as a gift for yourself, a friend or even for any special occasion. 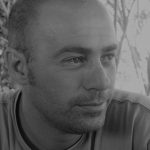