Brainfood bookmarks portraying the well-known Parthenon marbles made by the great Greek sculptor and architect, Phidias, which n 1799 were removed and stolen from the Acropolis of Athens and were transported to Britain where up until today they are exhibited at the British Museum. In spoon, fork or Knife!

The BRAIN FOOD bookmarks are a humorous approach to the famous ancient Greek philosophy, which in a free degradation occurs as the food for the brain. This saying is transferred into a souvenir-purpose, mixed with history, images and ﬂavours of the place. Spoon, fork and knife, from transparent plexi glass in three different collections: Greek summer portraying shells, sea and sky / Greek food not leaving behind the Greek salad, octopus and bean soup / a series of Marbles inspired by the famous story of the Parthenon’s marbles. All, ready to follow you both in your readings and your cocktails!

Each brainfood bookmark is accompanied by detailed instructions on how to make that special cocktail!

The project Brainfood by Natasha Chatziangeli has been honoured with the coveted A’ Design Award at Art Materials, Stationery Supplies and Gift Items Design Competition.

Natasha Chatziangeli was born in Thessaloniki, Greece in 1983. Natasha works as an industrial designer and with her work has been awarded from A’ International design award – Silver in lighting products & lighting projects for 2014, Design&Design international design award 2014, Top Design Selection 2015 and EBGE2015, hellenic awards for Illustration and Design. She holds a Diploma in Product and Systems design engineering, from Aegean University and she has participated in several group exhibitions in Greece, Italy, China and US. Natasha lives and works in Thessaloniki, were she founded her own design studio in 2014. 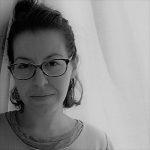